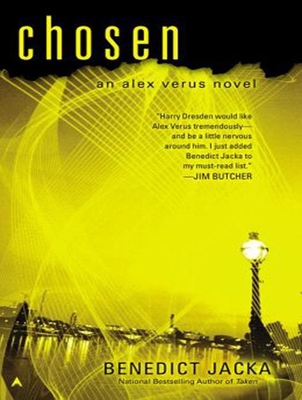 I don't publicly advertise that I'm a mage, but I don't exactly hide it either, and one of the odd things I've learnt over the years is just how much you can get away with if you're blatant enough. Hide something behind smoke and mirrors and make people work to find it, and they'll tear the place down looking for what's there. Alex Verus is a diviner who can see probable futures-a talent that's gotten him out of many a tough scrape. But this time, he may be in over his head. Alex was once apprenticed to a Dark mage, and in his service he did a lot of things he isn't proud of. As rumors swirl that his old master is coming back, Alex comes face to face with his misdeeds in the form of a young adept whose only goal is to get revenge. Alex has changed his life for the better, but he's afraid of what his friends-including his apprentice, Luna-will think of his past. But if they're going to put themselves at risk, they need to know exactly what kind of man they're fighting for . . .

With acting credits that span stage and screen, Gildart Jackson is most often recognized for his role as Gideon on "Charmed." Other notable TV roles include Jackson Palmer on "Providence" and Simon Prentiss on "General Hospital," and his theater roles include Henry Higgins in "My Fair Lady," and Adrian in "Private Eyes at the Old Globe."
or
Not Currently Available for Direct Purchase
Copyright © 2020 American Booksellers Association