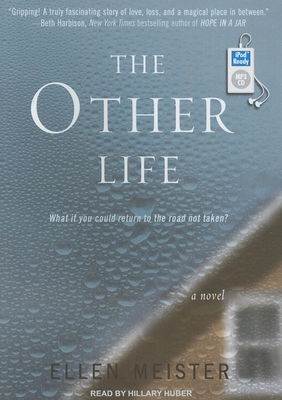 If you could return to the road not taken, would you? Happily married and pregnant, Quinn Braverman has an ominous secret. Every time she makes a major life decision, she knows an alternate reality exists in which she made the opposite choice-not only that, she knows how to cross over. But even in her darkest moments-like her mother's suicide-Quinn hasn't been tempted to slip through...until she receives devastating news about the baby she's carrying. The grief lures her to peek across the portal, and before she knows it she's in the midst of the other life: the life in which she married another man and is childless. The life in which her mother is still very much alive. Quinn is forced to make a heartbreaking choice. Will she stay with the family she loves and her severely disabled child? Or will an easier life-and the primal need to be with her mother-win out?

Praise For The Other Life…

"This is the thinking woman's beach read, a love story to the modern family, written with a deep and lovely understanding of mothers and daughters and the sacrifices they'll make for each other." ---Joshilyn Jackson, author of The Girl Who Stopped Swimming

Ellen Meister is the author of the novels "The Smart One" and "Secret Confessions of the Applewood PTA." In addition to her novels, she has published numerous short stories and was the editor of an online literary magazine.

A multiple Audie Award finalist, an "AudioFile" Earphones Award winner, and one of "AudioFile"'s Best Voices of 2010 and 2011, Hillary Huber has recorded close to two hundred titles. "AudioFile" magazine says, "Hillary Huber's narration is lyrical enough to be set to music."
Loading...
or
Not Currently Available for Direct Purchase