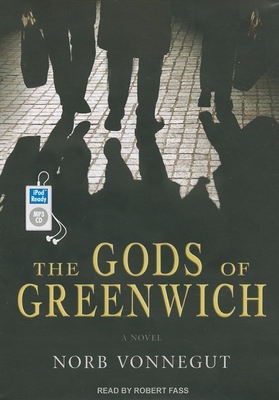 Norb Vonnegut didn't realize how close he skirted to nonfiction when he was writing his spectacular debut Top Producer. Penned before tumultuous revelations and scandals rocked the financial world in late 2008, Vonnegut's novel depicts, with an insider's solid knowledge, the tricks that the industry's real top producers pull in their frenzied pursuit of billions. Now Vonnegut sets his electrifying follow-up in the high-rolling world of hedge funds, lending his seasoned perspective to a fresh, riveting financial thriller. Jimmy Cusack is the tough kid from a blue-collar neighborhood who made good on Wall Street. Well, almost. After a sterling start to his career, things have soured. His hedge fund has collapsed. The bank is foreclosing on his condominium. And his wife is three months pregnant. That's the good news. When Cusack takes a "must-have" job with Leeser Capital, a fund impervious to the capital market woes, his real troubles begin. Forget about Bernie Madoff or Gordon Gekko-there's a new villain on Wall Street, and his name is Cyrus Leeser. Vonnegut's unique insider's perspective and his intuitive, darkly humorous writing are once again on full display in this fast-talking suspense thriller. A timely and gripping read, The Gods of Greenwich will satisfy fans of both John Grisham and Liar's Poker.

Praise For The Gods of Greenwich…

"The Gods of Greenwich is a pure delight, racing relentlessly from the bedrooms of Manhattan to the boardrooms of Connecticut to the banks of Iceland. Bravo!" ---Jeffrey Deaver, author of Edge

Norb Vonnegut spent over two years at a money management firm in New York City, where he was a managing director responsible for equity and fixed income portfolios.

Winner of the prestigious Audie Award for his recording of "Empire of Liberty: A History of the Early Republic" by Gordon S. Wood, veteran actor Robert Fass is a multiple Audie Award nominee with over eighty audiobooks to his credit. He has also earned multiple "AudioFile" Earphones Awards, including for his narration of Francisco Goldman's novel "Say Her Name."
Loading...
or
Not Currently Available for Direct Purchase