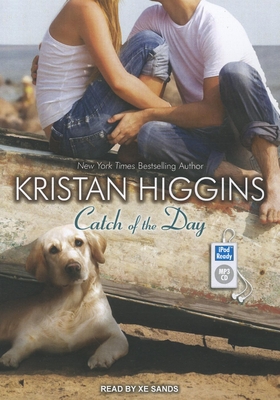 Catch of the Day

Maggie Beaumont's luck is about to change. Sure, she's known for her bad romantic choices-her former boyfriend broke up with her by bringing his new girlfriend home for a visit. And then there was the crush she had on a gorgeous young Irishman, who turned out to be Father Tim, the parish's new priest.But romantic salvation has arrived in the form of handsome, if surly, fisherman Malone. It turns out there's a heart of gold underneath his barnacle-clad exterior. Will this catch of the day turn into the dish of a lifetime?

Praise For Catch of the Day…

"A touching story brimming with smart dialogue, sympathetic characters, an engaging narrative and the amusing, often self-deprecating observations of the heroine. It's a novel with depth and a great deal of heart." ---Romantic Times

Kristan Higgins is the award-winning, "New York Times" and "USA Today" bestselling author of several romance novels, including "All I Ever Wanted," "Until There Was You," and "Fools Rush In."