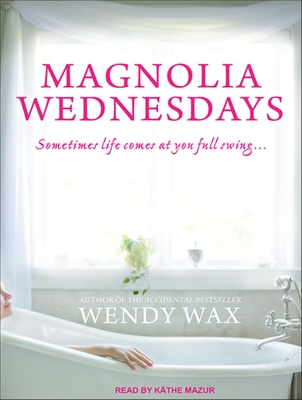 At forty-one, Vivian Armstrong Gray's life as an investigative journalist is crumbling. Humiliated after taking a bullet in her backside during an expos , Vivi learns that she's pregnant, jobless, and very hormonal. This explains why she says 'yes' to a dreadful job covering suburban living back home in Georgia, a column she must write incognito.Down South, it's her sister's ballroom dance studio that becomes her undercover spot where she learns about the local life--and where unexpected friendships develop. As she digs up her long buried roots, she starts to wonder if life inside the picket fence is really so bad after all.

K the Mazur (pronounced "kay-ta") is best known on television for the role of DDA Andrea Hobbs that she plays on both "The Closer" and its hit spin-off, "Major Crimes." She has recorded over one hundred audiobooks, including the multi-award-winning "Quiet: The Power of Introverts in a World That Can't Stop Talking" by Susan Cain and "The Nanny Diaries" by Emma McLaughlin and Nicola Kraus"

"An honest, realistic story of family, love, and priorities with genuine characters." ---Booklist