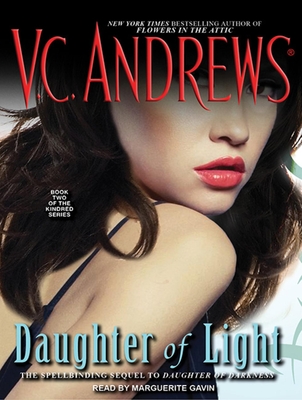 In this enthralling vampire novel, V.C. Andrews returns to the story of a beautiful girl desperate to escape her secret family legacy-bred to be a lure for unwitting victims of her father's blood appetites. Determined to break free and embrace a life outside the shadows, Lorelei runs away from the only world she's ever known. In a quiet rooming house, she finds refuge among the tenants of elderly Mrs. Winston, and the beginnings of a new love with Liam, her landlady's handsome grandnephew. But Lorelei soon discovers that burying her past is not so easy: sinister nightmares torment her, and even her waking hours are plagued with the fear that at any moment, Daddy could destroy all she holds dear. Can a child of darkness ever truly feel safe in the light?

One of the most popular authors of all time, V. C. Andrews (1923-1986) is the author of the bestselling Dollanganger family saga, which began with "Flowers in the Attic" and includes "Petals on the Wind," "If There Be Thorns," "Seeds of Yesterday," and "Garden of Shadows."