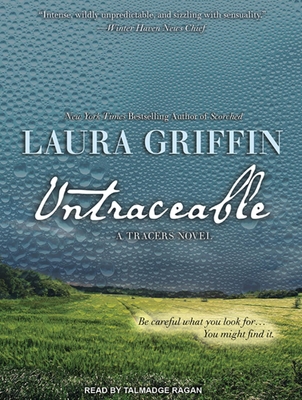 Private investigator Alexandra Lovell uses computer skills and cunning to help clients drop off the radar and begin new lives in safety. Melanie Bess, desperate to escape her abusive cop husband, was one of those clients. But when Melanie vanishes for real, Alex fears the worst, and sets out to discover what happened. Using every resource she can get her hands on-including an elite team of forensic scientists known as the Tracers and a jaded, sexy Austin PD detective-Alex embarks on a mission to uncover the truth. As far as homicide cop Nathan Deveraux is concerned, no body means no case. But as much as he wants to believe that Alex's hunch about Melanie's murder is wrong, his instincts-and their visceral attraction-won't let him walk away. As a grim picture of what really happened begins to emerge, Nathan realizes this investigation runs deeper than they could ever have guessed. And each step closer to the truth puts Alex in danger of being the next to disappear.

Classically trained, Talmadge Ragan is a professional actor who has appeared on stage, screen, and television, and she does voice work for commercials, narrations, films, and radio theater.
Loading...
or support indie stores by buying on