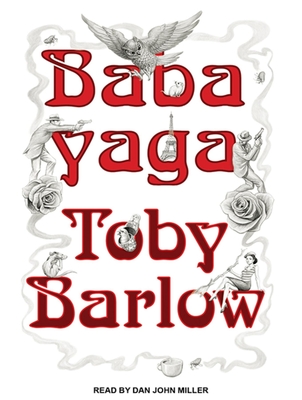 Will is a young American ad executive in Paris. Except his agency is a front for the CIA. It's 1959 and the Cold War is going strong. But Will doesn't think he's a warrior--he's just a good-hearted Detroit ad guy who can't seem to figure out Parisian girls. Zoya is a beautiful young woman wandering les boulevards, sad-eyed, and coming off a bad breakup. In fact, she impaled her ex on a spike. Zoya, it turns out, has been a beautiful young woman for hundreds of years; she and her far more traditionally witchy-looking companion, Elga, have been thriving unnoticed in the bloody froth of Europe's wars. Inspector Vidot is a hardworking Paris police detective who cherishes quiet nights at home. But when he follows a lead from a grisly murder to the abode of an ugly old woman, he finds himself turned into a flea. Oliver is a patrician, fun-loving American who has come to Paris to start a literary journal with the help of friends in D.C., who ask for a few favors in return. He's in well over his head, but it's nothing that a cocktail can't fix. Right? Add a few chance encounters, a chorus of some more angry witches, a strung-out jazzman or two, a weaponized LSD program, and a cache of rifles buried in the Bois de Bologne--and that's a novel But while Toby Barlow's Babayaga may start as just a joyful romp though the City of Light, it quickly grows into a daring, moving exploration of love, mortality, and responsibility.

Toby Barlow is executive creative director at the advertising agency JWT in Detroit and a contributor to the literary magazine "n+1" and the Huffington Post. He is also the author of "Sharp Teeth."

Actor and musician Dan John Miller is an award-winning audiobook narrator, having garnered multiple Audie Award nominations and one win, twice been named a Best Voice by "AudioFile" magazine, and received several "AudioFile" Golden Earphones Awards and a Listen-Up Award from "Publishers Weekly."
Loading...
or support indie stores by buying on