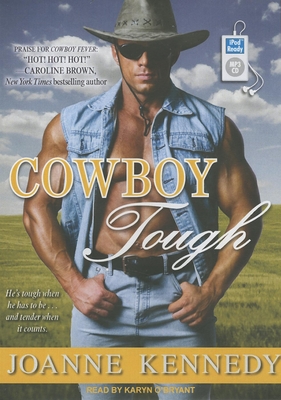 When Cat Crandall ditches her career in advertising to take a job teaching painting workshops in exotic locations, she's hoping to be sent to Tuscany or maybe France. Instead, she's assigned to lead a group of aspiring artists through the backcountry of the isolated Boyd Dude Ranch in Wyoming. Mack Boyd is in the middle of the best bronc-riding season of his life when his mother asks him to help lead an artists' retreat at the ranch. Mack might be able to ride a wild stallion to a standstill, but he can't say no to his family. It doesn't take long for Mack to figure out that artists are a lot harder to herd than cattle-especially when they're led by a spitfire of a city girl who doesn't like to be bossed around. Cat Crandall is nothing but trouble-so why is he so drawn to her?

Karyn O'Bryant is a graduate of the American Academy of Dramatic Arts and also has a degree in English literature. She has several audiobooks and television appearances to her credit, as well as over twenty-five years of experience in stage productions in New England, Germany, and Los Angeles.
Loading...
or
Not Currently Available for Direct Purchase