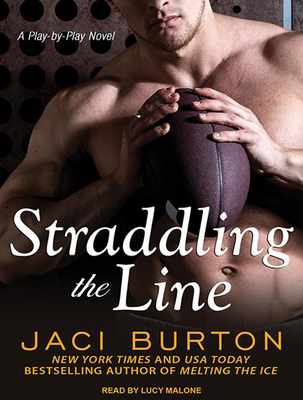 Haven Briscoe has finally landed a dream job as a sportscaster for a major network. But she hasn't been able to move past the recent death of her beloved father, and it's affecting her career. A plum assignment following the daily life of sports superstar Trevor Shay might be just the inspiration she needs . . . Trevor will do anything to spark life back into Haven, including letting her into every aspect of his world. The chemistry between them flames higher than one of Trevor's home runs and faster than his dashes to the end zone. But as they grow closer, Haven stumbles onto Trevor's closely guarded secret, one he's hidden his entire life. And despite his protests, now it's Haven's turn to put everything on hold to help Trevor. Will he let her in and trust her with a secret that could blow his professional and personal world apart? Contains mature themes.

Jaci Burton is the "New York Times" and "USA Today" bestselling, award-winning author of over fifty books, including the A Storm for All Seasons series and the Wild Riders series. She won the Romantic Times Reviewers' Choice Award in 2006. Jaci lives in Oklahoma. Visit her at jaciburton.com.

Lucy Malone has narrated dozens of audiobooks and is one of the most sought-after voices for erotica narration. A number of her titles are consistent bestsellers on Amazon and Audible, and she has been described as having "the best voice in the biz."
or
Buy Here
Copyright © 2020 American Booksellers Association