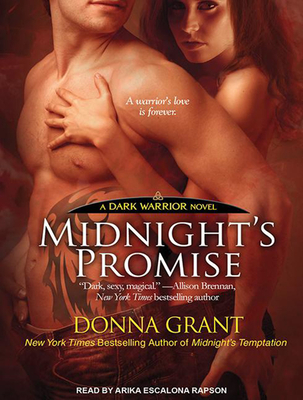 For centuries, Malcolm has struggled against the forces of darkness-and bears the scars to prove it. Hardened by a lifetime of fighting, he is more warrior than man, incapable of feeling love or compassion. But one stormy night, he pulls a beautiful woman from a car wreck-and experiences a rush of fiery emotion that could melt even the hardest of hearts. Since childhood, Evangeline Walker has felt the magic growing inside her. Descended from Druids, she is the perfect vessel for ancient magic-and evil. Evie knows she should trust no one, not even Malcolm, whose strong touch and tender kiss she craves. But after she makes a devil's bargain to save her half-brother, this fearsome warrior may be the only man who can protect her-with his heart, his body, and his soul...