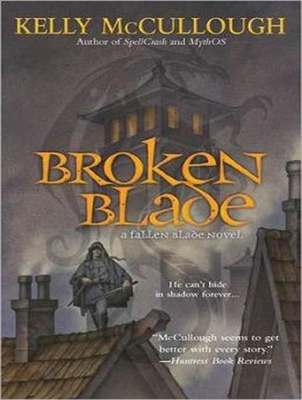 Once a fabled Blade of Namara, Aral Kingslayer fought for justice and his goddess alongside his familiar, a living shadow called Triss. Now with their goddess murdered and her temple destroyed, they are among the last of their kind. Surviving on the fringes of society, Aral becomes a drunken, broken, and wanted man, working whatever shadowy deal comes his way. Until a mysterious woman hires him to deliver a secret message-one that can either redeem him or doom him.

Kelly McCullough is the author of several works of science fiction and fantasy, including the WebMage series. He lives in Wisconsin.

Paul Boehmer graduated with a master's degree and was cast as Hamlet by the very stage actor who inspired his career path. He has worked on Broadway and extensively in regional theater, and has been cast in various roles in many episodes of "Star Trek." Paul's love of literature and learning led him by nature to his work as a narrator for audiobooks, his latest endeavour.
Loading...
or support indie stores by buying on