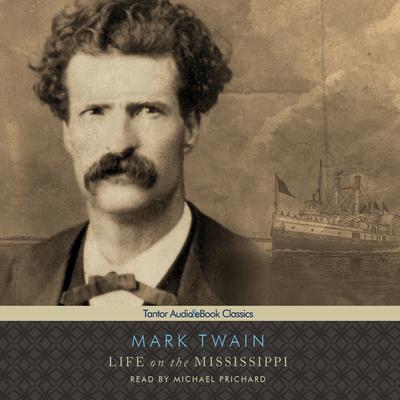 Life on the Mississippi (Digital Audiobook)

A brilliant amalgam of remembrance and reportage, by turns satiric, celebratory, nostalgic, and melancholy, Life on the Mississippi evokes the great river that Mark Twain knew as a boy and young man and the one he revisited as a mature and successful author. Written between the publication of his two greatest novels, The Adventures of Tom Sawyer and The Adventures of Huckleberry Finn, Twain's rich portrait of the Mississippi marks a distinctive transition in the life of the river and the nation, from the boom years preceding the Civil War to the sober times that followed it.