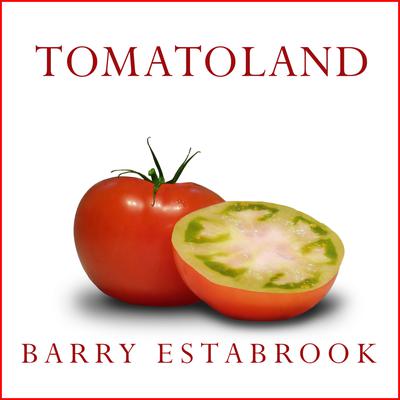 Supermarket produce sections bulging with a year-round supply of perfectly round, bright red-orange tomatoes have become all but a national birthright. But in Tomatoland, which is based on his James Beard Award–winning article, "The Price of Tomatoes," investigative food journalist Barry Estabrook reveals the huge human and environmental cost of the $5 billion fresh tomato industry. Fields are sprayed with more than one hundred different herbicides and pesticides. Tomatoes are picked hard and green and artificially gassed until their skins acquire a marketable hue. Modern plant breeding has tripled yields, but has also produced fruits with dramatically reduced amounts of calcium, vitamin A, and vitamin C, and tomatoes that have fourteen times more sodium than the tomatoes our parents enjoyed. The relentless drive for low costs has fostered a thriving modern-day slave trade in the United States. How have we come to this point?

Tomatoland reads like a suspenseful whodunit as well as an exposé of today's agribusiness systems and the price we pay as a society when we take taste and thought out of our food purchases.

Pete Larkin is an AudioFile Earphones Award winner and a 2014 Audie Award finalist. He has wide voice-over and on-camera experience and has worked in virtually all media. He was the public address announcer for the New York Mets from 1988 to 1993. He has worked as a disc jockey in Baltimore, Washington, and New York, including as host of WNEW-FM's highly rated "Saturday Morning Sixties" program. An award-winning on-camera host, Pete has worked on many industrial films for many of the country's top companies, corporations, and governmental agencies and has done hundreds of commercials, promos, and narrations. His theater experience includes a variety of dramatic, comedic, and musical roles.