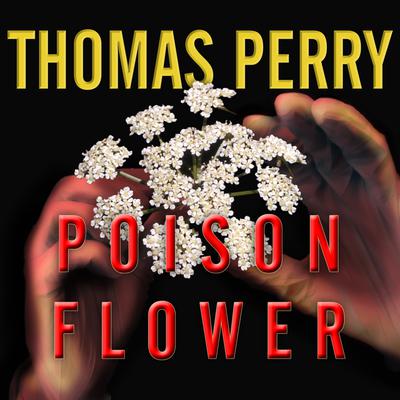 Poison Flower, the seventh novel in Thomas Perry's celebrated Jane Whitefield series, opens as Jane spirits James Shelby, a man unjustly convicted of his wife's murder, out of the heavily guarded criminal court building in downtown Los Angeles. But the price of Shelby's freedom is high. Within minutes, men posing as police officers kidnap Jane and, when she tries to escape, shoot her.

Jane's captors are employees of the man who really killed Shelby's wife. He believes he won't be safe until Shelby is dead, and his men will do anything to force Jane to reveal Shelby's hiding place. But Jane endures their torment and is willing to die rather than betray Shelby. Jane manages to escape but she is alone, wounded, thousands of miles from home with no money and no identification, hunted by the police as well as her captors. She must rejoin Shelby, reach his sister before the hunters do, and get them both to safety.

In this unrelenting, breathtaking cross-country battle, Jane survives by relying on the traditions of her Seneca ancestors. When at last Jane turns to fight, her enemies face a cunning and ferocious warrior who has one weapon that they don't.

Joyce Bean is an accomplished audiobook narrator and director. In addition to being an AudioFile Earphones Award winner, she has been nominated multiple times for a prestigious Audie Award. Equally adept at narrating fiction and nonfiction, her titles include Blue Diary by Alice Hoffman, Blue Smoke by Nora Roberts, and several Jayne Ann Krentz novels. Joyce lives in West Michigan.