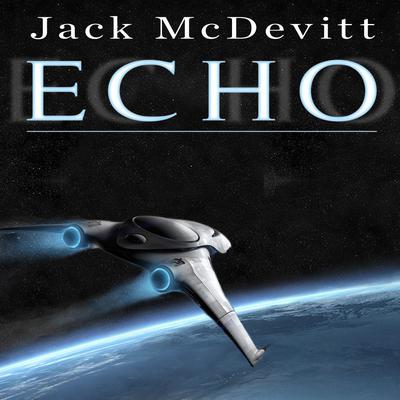 Eccentric Sunset Tuttle spent his life searching in vain for forms of alien life. Thirty years after his death, a stone tablet inscribed with cryptic, indecipherable symbols is found in the possession of Tuttle's onetime lover, and antiquities dealer Alex Benedict is anxious to discover what secret the tablet holds. It could be proof that Tuttle had found what he was looking for. To find out, Benedict and his assistant embark on their own voyage of discovery—one that will lead them directly into the path of a very determined assassin who doesn't want those secrets revealed.

Echo is the fifth book to feature intersteller antiquities dealer Alex Benedict. The first four titles in the series are available on audio from Audible.