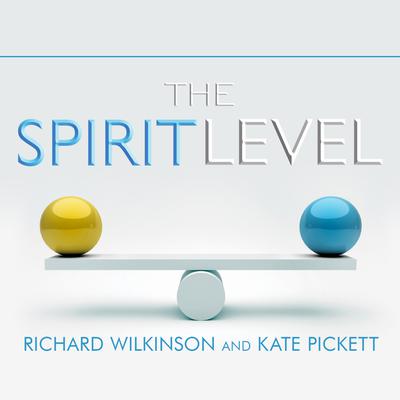 It is a well-established fact that in rich societies the poor
have shorter lives and suffer more from almost every social problem. The Spirit Level,
based on thirty years of research, takes this truth a step further. One
common factor links the healthiest and happiest societies: the degree
of equality among their members. Further, more unequal societies are bad for everyone within them—the rich and middle class as well as the poor.

The remarkable data assembled in The Spirit Level
exposes stark differences, not only among the nations of the first
world but even within America's fifty states. Almost every modern social
problem—poor health, violence, lack of community life, teen pregnancy,
mental illness—is more likely to occur in a less-equal society.

Renowned
researchers Richard Wilkinson and Kate Pickett lay bare the
contradictions between material success and social failure in the
developed world. But they do not merely tell us what's wrong. They offer
a way toward a new political outlook, shifting from self-interested
consumerism to a friendlier, more sustainable society.

Clive Chafer is a professional actor, director, producer, and theater instructor. Originally from England, he has performed on stage in the United States at many theaters, including California Shakespeare Theater, Berkeley Repertory Theatre, Magic Theater, Utah Shakespearean Festival, and American Players Theater (Wisconsin). In 1993, he founded TheatreFIRST, the San Francisco Bay Area's only internationally oriented theater. He has taught theater at the University of San Francisco and the University of Portsmouth in the U.K. His audiobook credits include The Last Lion, part three of William Manchester's epic biography of Winston Churchill (for which he won an AudioFile Earphones Award), Colin Cotterill's series of crime novels set in 1970s Laos and featuring the wonderful character of Siri Paiboun, the country's only coroner, and Cornelius Ryan's seminal WWII accounts The Longest Day and A Bridge Too Far. He gained his Master of Fine Arts in staging Shakespeare from Exeter University in 2000 and graduated from the Drama Studio London in 1983. He has been a member of Equity and SAG-AFTRA for over twenty-five years. He recently moved back to his native England, and continues to narrate, act, and teach theater there.