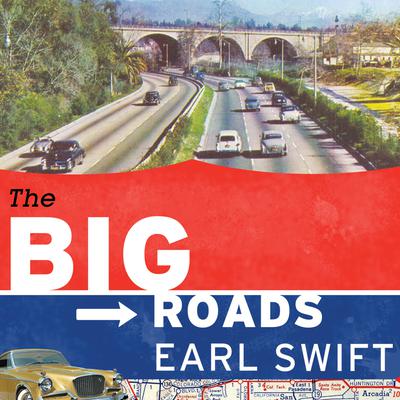 A man-made wonder, a connective network, an economic force, a bringer of blight and sprawl and the possibility of escape—the U.S. interstate system transformed America. The Big Roads presents the surprising history of how we got from dirt tracks to expressways in the space of a single lifetime.

Earl Swift brings to light the visionaries who created these essential highways as well as the critics and citizens who questioned their headlong expansion throughout the country, including:

In mapping a fascinating route through the dreams, discoveries, and protests that shaped these mighty roads, Swift shows that the interstates embody the wanderlust, grand scale, and conflicting notions of citizenship that define America.

Rob Shapiro got his professional start as an entertainer doing stand-up in Minneapolis while still in high school (the Children's Theatre Company & School of Minneapolis). As a voice-over artist, he can be heard narrating such audiobooks as the bestselling The Information: A History, a Theory, a Flood by James Gleick, Frank: The Voice by James Kaplan, and the fantasy noir Low Town by Daniel Polansky. He performed several seasons of radio comedy on Minneapolis Public Radio and voiced the titular lion in Leo the Lion. Rob is also a musician and composer; with his critically acclaimed band, Populuxe, he has released two CDs-A Foggy Day in Brooklyn and Deep in an American Evening . . .-and the EP, Daphne. He is one half of the Velvet Collar, who released their first record, Double Standard, an unlikely collection of cover songs by the Stooges, Hoagy Carmichael, and the Gershwin Brothers, among others, in 2011. Finally, Rob is a business consultant and software system designer, specializing in desktop publishing and workflow efficiency, with clients and implemented systems spanning the globe.