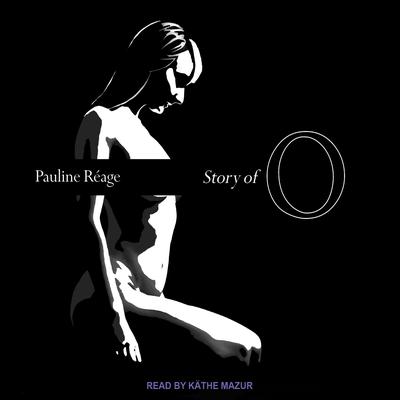 O is a young, beautiful fashion photographer in Paris. One day her
lover, René, takes her to a château, where she is enslaved, with René's
approval, and systematically sexually assaulted by various other men.
Later, René turns O over to Sir Stephen, an English friend who
intensifies the brutality. But the final humiliation is yet to come.

Kathe Mazur (pronounced "kay-ta") is best known on television for the role of DDA Andrea Hobbs that she plays on both The Closer and its hit spin-off, Major Crimes. She has recorded over one hundred audiobooks, including the multi-award-winning Quiet: The Power of Introverts in a World That Can't Stop Talking by Susan Cain and The Nanny Diaries by Emma McLaughlin and Nicola Kraus, as well as the works of Nora Ephron, Tess Gerritsen, and Jacquelyn Mitchard, among many others. She also has the distinction of having recorded both Hillary Clinton's and Anne Coulter's books in the same month. She has won multiple AudioFile Earphones Awards, is an Audie Award nominee, and has been on all sorts of great Best Books lists. She has worked extensively as an actress in film, theater, and television, including on The Mentalist, Grey's Anatomy, Private Practice, Criminal Minds, Suspect Behavior, ER, and Monk. Kathe lives in Los Angeles with her husband and son.