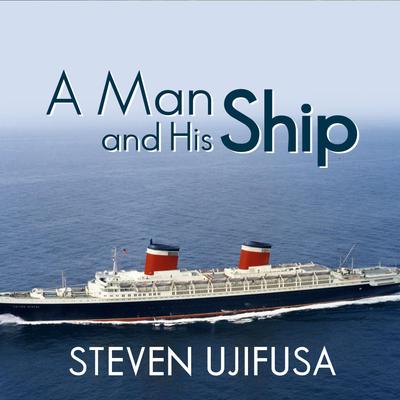 A Man and His Ship (Digital Audiobook)

At the peak of his power, in the 1940s and 1950s, William Francis Gibbs was considered America's best naval architect. His quest to build the finest, fastest, most beautiful ocean liner of his time, the S.S. United States, was a topic of national fascination. When completed in 1952, the ship was hailed as a technological masterpiece at a time when "made in America" meant the best.

Gibbs was an American original, on par with John Roebling of the Brooklyn Bridge and Frank Lloyd Wright of Fallingwater. Forced to drop out of Harvard following his family's sudden financial ruin, he overcame debilitating shyness and lack of formal training to become the visionary creator of some of the finest ships in history. He spent forty years dreaming of the ship that became the S.S. United States.

Pete Larkin is an AudioFile Earphones Award winner and a 2014 Audie Award finalist. He has wide voice-over and on-camera experience and has worked in virtually all media. He was the public address announcer for the New York Mets from 1988 to 1993. He has worked as a disc jockey in Baltimore, Washington, and New York, including as host of WNEW-FM's highly rated "Saturday Morning Sixties" program. An award-winning on-camera host, Pete has worked on many industrial films for many of the country's top companies, corporations, and governmental agencies and has done hundreds of commercials, promos, and narrations. His theater experience includes a variety of dramatic, comedic, and musical roles.