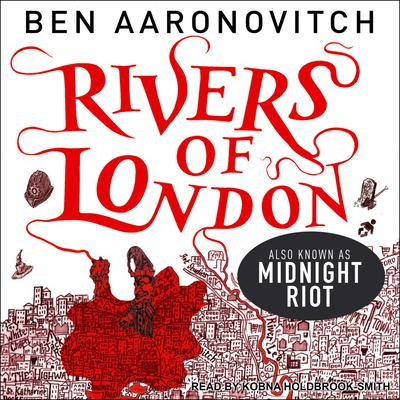 Probationary constable Peter Grant dreams of being a detective in London's Metropolitan Police. Too bad his superior plans to assign him to the Case Progression Unit, where the biggest threat he'll face is a paper cut. But Peter's prospects change in the aftermath of a puzzling murder, when he gains exclusive information from an eyewitness who happens to be a ghost. Peter's ability to speak with the lingering dead brings him to the attention of Detective Chief Inspector Thomas Nightingale, who investigates crimes involving magic and other manifestations of the uncanny. Now, as a wave of brutal and bizarre murders engulfs the city, Peter is plunged into a world where gods and goddesses mingle with mortals and a long-dead evil is making a comeback on a rising tide of magic.

Kobna Holdbrook-Smith is a Ghanaian-born, British actor who has appeared on stage, screen, and television, including Sorry, I've Got No Head, Little Britain, and Sirens. A graduate of the Guildford School of Acting, he won a Manchester Evening News Theatre Award for Best Actor in a Supporting Role for his performance in Ma Rainey's Black Bottom. His audiobook narrations include Blue Remembered Earth by Alastair Reynolds and The Memory of Love by Aminatta Forna.