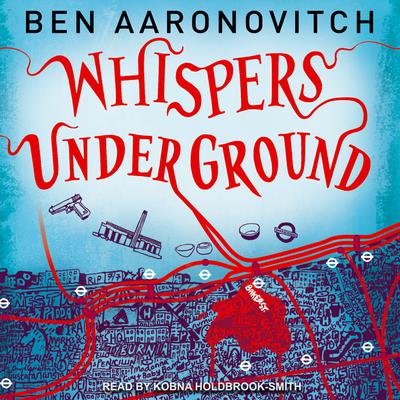 It begins with a dead body at the far end of Baker Street tube station, all that remains of American exchange student James Gallagher—and the victim's wealthy, politically powerful family is understandably eager to get to the bottom of the gruesome murder. The trouble is, the bottom—if it exists at all—is deeper and more unnatural than anyone suspects . . . except, that is, for London constable and sorcerer's apprentice Peter Grant. With Inspector Nightingale, the last registered wizard in England, tied up in the hunt for the rogue magician known as "the Faceless Man," it's up to Peter to plumb the haunted depths of the oldest, largest, and—as of now—deadliest subway system in the world.

At least he won't be alone. No, the FBI has sent over a crack agent to help. She's young, ambitious, beautiful . . . and a born-again Christian apt to view any magic as the work of the devil. Oh yeah—that's going to go well.

Kobna Holdbrook-Smith is a Ghanaian-born, British actor who has appeared on stage, screen, and television, including Sorry, I've Got No Head, Little Britain, and Sirens. A graduate of the Guildford School of Acting, he won a Manchester Evening News Theatre Award for Best Actor in a Supporting Role for his performance in Ma Rainey's Black Bottom. His audiobook narrations include Blue Remembered Earth by Alastair Reynolds and The Memory of Love by Aminatta Forna.