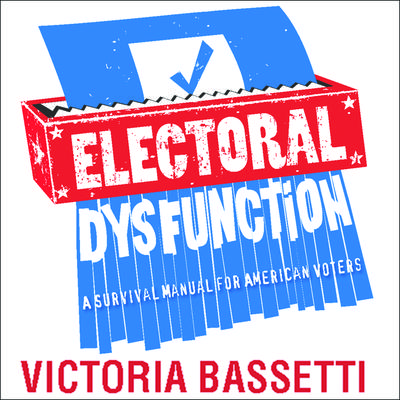 Imagine a country where the right to vote is not guaranteed by the Constitution, where the candidate with the most votes loses, and where paperwork requirements and bureaucratic bungling disenfranchise millions. You're living in it. If the consequences weren't so serious, it would be funny.

An eye-opening, fact-filled companion to the forthcoming PBS documentary starring political satirist and commentator Mo Rocca, Electoral Dysfunction illuminates a broad array of issues, including the Founding Fathers' decision to omit the right to vote from the Constitution and the legal system's patchwork response to this omission; the battle over voter ID, voter impersonation, and voter fraud; the foul-ups that plague Election Day, from ballot design to contested recounts; the role of partisan officials in running elections; and the antidemocratic origins and impact of the Electoral College. The book concludes with a prescription for a healthy voting system by Heather Smith, president of Rock the Vote.

Published in the run-up to the 2012 election, Electoral Dysfunction is for listeners across the political spectrum who want their votes to count.

Lloyd James has been narrating since 1996, has recorded over six hundred books in almost every genre, has earned six AudioFile Earphones Awards, and is a two-time nominee for the prestigious Audie Award. His bestselling and most critically acclaimed performances include Elvis in the Morning by William F. Buckley, Jr., Ben Hur by Lew Wallace, Searching for Bobby Fischer by Fred Waitskin, and Mystic Warrior by Tracy and Laura Hickman. Lloyd's background as a performer includes extensive work in classical theater and folk music. He lives in Maryland with his wife and children.