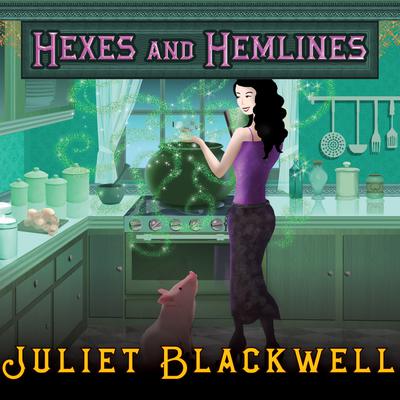 With her vintage clothing store taking off, Lily Ivory is finding that life in San Francisco suits her just fine. But her ability to sense vibrations from the past, so useful in locating secondhand gems, has landed her in the middle of a new mystery . . .

Lily gets called away from Aunt Cora's Closet when the police need a witch's take on a strange case. Malachi Zazi was stabbed to death in his apartment, under a ladder, surrounded by the number thirteen, a broken mirror, and a black cat—superstitions that the victim, as head of a rationalist society, was devoted to discrediting.

When the police identify a suspect from the Serpentarian Society, Lily is shocked to learn it's someone she knows. But with bad luck plaguing all its members, she begins to wonder if there's more at work than mere coincidence. And while there aren't many clues from the crime scene, Lily finds evidence of dark witchcraft and a hex on her friend's doorstep. With her friend's safety at stake, Lily is determined to use magic to find the murderer before everyone's luck runs out.