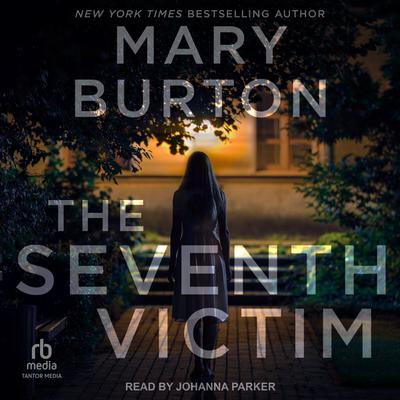 It's been seven years since the Seattle Strangler terrorized the
city. His victims were all young, pretty, their lifeless bodies found
wrapped in a home-sewn white dress. But there was one who miraculously
escaped death, just before the Strangler disappeared.

Lara
Church has only hazy memories of her long-ago attack. What she does
have is a home in Austin, a job, and a chance at a normal life at last.
Then Texas Ranger James Beck arrives on her doorstep with shattering
news: The Strangler is back. And this time, he's in Austin.


He's
always craved her, even as he killed the others. For so long he's been
waiting to unleash the beast within. And this time, he'll prove he holds
her life in his hands—right before he ends it forever...

Johanna Parker, an AudioFile Earphones Award winner, has earned an esteemed Audie Award and three Audie nominations. She has received high praise for her work in all genres, including her portrayal of Sookie Stackhouse in Charlaine Harris's Southern Vampire Mysteries series (the source material for HBO's True Blood), of which AudioFile has said, "Parker personifies Harris's perky Southern heroine, Sookie Stackhouse. Her splendid pacing allows listeners time to absorb the action and emotion. Listeners will be enthralled."