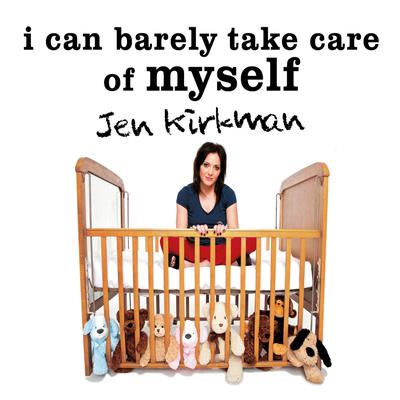 I Can Barely Take Care of Myself (Digital Audiobook)

Tales from a Happy Life Without Kids

That's what everyone says to Jen Kirkman—and countless women like her—when she confesses she doesn't plan to have children. But you know what? It's hard enough to be an adult. You have to dress yourself and pay bills and remember to buy birthday gifts. You have to drive and get annual physicals and tip for good service. Some adults take on the added burden of caring for a tiny human being with no language skills or bladder control. Parenthood can be very rewarding, but let's face it, so are margaritas at the adults-only pool.

Whether living rent-free in her childhood bedroom while trying to break into comedy (the best free birth control around, she says), or taking the stage at major clubs and joining a hit TV show—and along the way getting married, divorced, and attending excruciating afternoon birthday parties for her parent friends—Jen is completely happy and fulfilled by her decision not to procreate.

I Can Barely Take Care of Myself is a beacon of hilarious hope for anyone whose major life decisions have been questioned by friends, family, and strangers in a comedy club bathroom. And it should satisfy everyone who wonders if Jen will ever know true love without looking into the eyes of her child.

Jen Kirkman is a stand-up comedian, writer, and actor known for the award-winning short series, Drunk History. She has two comedy albums, Self-Help and Hail to the Freaks, and writes for and appears on E!'s Chelsea Lately and After Lately.