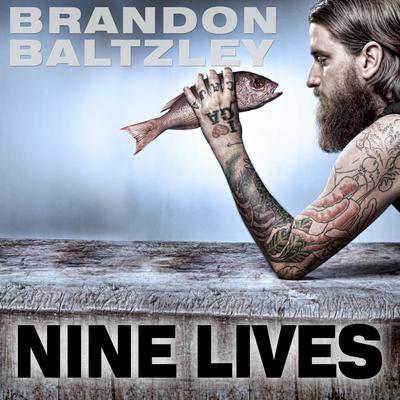 At twenty-six years old, Brandon Baltzley was poised for his star turn as the opening chef at Chicago's hotspot Tribute. People called him a prodigy—the Salvador Dali of cooking—and foodie blogs followed his every move. Instead, Brandon walked away from it all and entered rehab to deal with the alcohol and cocaine addiction that had enslaved him most of his adult life.

Brandon grew up in the South with no father and an addict mother. At nine, he was prepping vegetables in the back of a gay bar. From there, he went on to deep-frying with Paula Deen to cooking in an array of Michelin-starred restaurants, including Grant Achatz's world-renowned Alinea. In between, he was touring the country with his heavy metal band, Kylesa—and doing his first stint in rehab.

Like Gabrielle Hamilton's Blood, Butter and Bones, Brandon's Nine Lives is about blazing a way out from a rough childhood through talent and an unbridled passion for the craft of cooking. A story that's still being written as Brandon works with Crux, the pop-up culinary collective he founded, and plans for the opening of his own restaurant, Nine Lives serves up a raw and riveting memoir about food, rock-and-roll, and redemption.

Actor George Newbern has appeared in Father of the Bride, Father of the Bride II, Evening Star, Adventures in Babysitting, and many other films. On television, he has had roles on Friends, Nip/Tuck, Hot in Cleveland, CSI, and more. George is also known for providing the voice of Superman in Justice League.