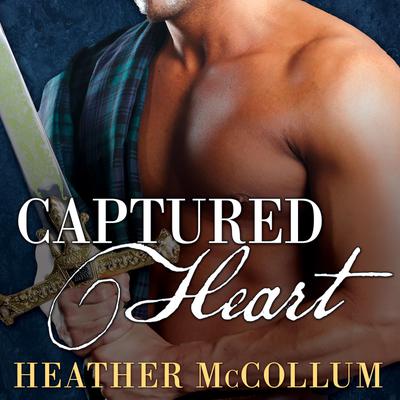 Fleeing with only her bow, horse, enormous pet wolf, and the cryptic clues hidden in her mother's medicine journal, healer Meg Boswell gallops north towards freedom, running from the man who falsely accused her mother of witchcraft. Cursed with magical healing abilities, Meg knows that if she's captured, she will die like her mother—atop a blazing witch's pyre.
Winter winds rip across the Highlands, pressing Chief Caden Macbain forward in his desperate plan to save his clan. He's not above using an innocent woman to bargain for peace if it keeps his clan from starving. But Meg isn't who Caden thinks she is, and when she kills a man to save the clan, he must choose between duty and her life. For although he captured her to force a peace, Meg's strength and courage have captured Caden's heart.

Michelle Ford is a native Brit and professional voice actor. Having moved "across the pond" six years ago, Michelle now lives just outside New York and still gets a buzz when driving into the city and seeing the Manhattan skyline. Michelle has a proven track record in long narration, with over twenty titles in published audiobooks covering contemporary fiction, historical romance, mythical/paranormal fiction, biographies, children's stories, short stories, science fiction, and business, and she is never happier than when she is in flipflops and behind a mic.In addition, Michelle is experienced in voicing e-learning (she's worked with many blue-chip pharmaceutical, medical, and technical clients), animation voice-over, corporate messages, Web sites, characters, children's stories, film narration, podcasts, industrial projects, on-camera, tv, and radio commercials. She has worked for clients in fourteen countries, from Brazil to South Africa, and the Middle East to Australia.