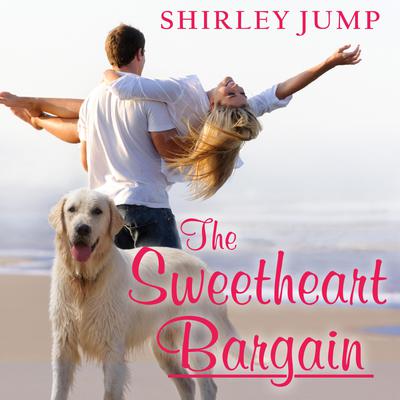 The Sweetheart Sisters, a trio of sassy, well-meaning grannies (who aren't against a sip of bourbon with breakfast), are ready to dispense advice and help create happy endings with a little of what they do best—meddling.

Animal therapist Olivia Linscott is the Sweetheart Sisters' first target. Running from a bad marriage and a lousy job, Olivia is determined to save the dog shelter she inherited from the mother she never knew and, above all, to protect her broken heart. The Sisters want to tie the spirited young do-gooder to wounded helicopter pilot Luke Winslow, but the intended pair keeps slipping the leash.

Luke's dreams were shattered by a career-ending eye injury. Adrift and bitter, the last thing he wants is romantic involvement. But when a golden retriever in worse shape than he is scratches on the door, the dog brings in a whole lot more than puppy love . . .

Susan Boyce grew up in the Ocean State and planned to be an oceanographer. But after a college production of The Boyfriend, Boyce jumped ship for the theater. With a BA from the University of Rhode Island, a stage career as a song-and-dance new age vaudevillian began, touring New England, the Pacific Northwest, Hawaii, and the West Coast with jugglers, musicians, and storytellers. Providing an occasional voice-over evolved into narrating documentaries, voicing dolls and toys for the game industry, computer adventure games, and finally landing at audiobooks. Susan divides her time between Rhode Island and Florida, never liking to be too far from the ocean, her family, or her therapy dog, Vivian.