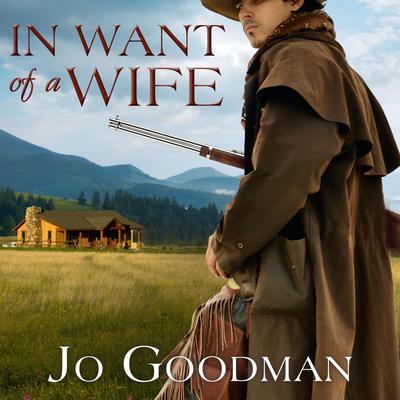 In Want of a Wife (Digital Audiobook)

Jane Middlebourne needs a way out. In 1891, life in New York is unforgiving for a young woman with no prospects, especially when her family wants nothing to do with her. So when Jane discovers an ad for a mail-order bride needed in Bitter Springs, Wyoming, she responds with a hopeful heart.

Rancher Morgan Longstreet is in want of a wife who will be his partner at Morning Star, someone who will work beside him and stand by him. His first impression of the fair and fragile Jane is that she is not that woman. But when she sets out to prove him wrong, the secrets he cannot share put into jeopardy every happiness they hope to find...

Classically trained, Talmadge Ragan is a professional actor who has appeared on stage, screen, and television, and she does voice work for commercials, narrations, films, and radio theater. Her love of reading propelled her to add audiobooks to her repertoire, and she brings authenticity and versatility to her work. Talmadge's recordings include Margarita Nights by Phyllis Smallman, The Women's Rights Movement by Shane Mountjoy, and Afterage by Yvonne Navarro.