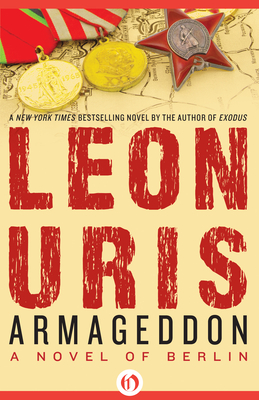 A Novel of Berlin

In Berlin at the end of World War II, an American Army officer bears witness to the aftermath of one historic tragedy and the rise of another  Captain Sean O’Sullivan distinguishes himself as a courageous soldier in the closing days of World War II, but what comes next tests his deepest reserves of strength and conviction. Sent to oversee the rebuilding of Berlin, O’Sullivan is exposed to the horrific truths of the Holocaust, a shattered and defeated society, and the new threat of Soviet power as the Iron Curtain begins to shadow the city. When Soviet forces blockade Berlin and the airlift begins, O’Sullivan is faced with profound moral dilemmas in an increasingly complicated world. Armageddon is one of the great fictional portrayals of Europe in the earliest days of the Cold War.


Praise For Armageddon: A Novel of Berlin…

“Magnificent. The great drama of the Berlin airlift . . .” —The Columbus Dispatch “A vast panorama of people and places . . . dramatic moment after dramatic moment in a throbbing tempo.” —New York Herald Tribune

Leon Uris (1924-2003) was an author of fiction, nonfiction, and screenplays whose works include numerous best-selling novels. His epic Exodus (1958) has been translated into over fifty languages. Uris's work is notable for its focus on dramatic moments in contemporary history, including World War II and its aftermath, the birth of modern Israel, and the Cold War. Through the massive success of his novels and his skill as a storyteller, Uris has had enormous influence on popular understanding of twentieth-century history.
or
Not Currently Available for Direct Purchase