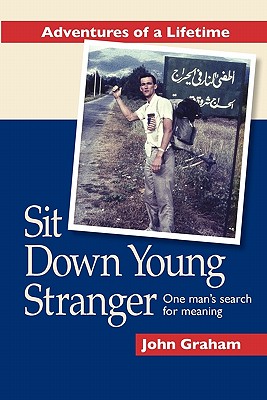 One Man's Search for Meaning

JOHN GRAHAM John Graham shipped out on a freighter when he was sixteen, took part in the first ascent of Mt. McKinley's North Wall at twenty, and hitchhiked around the world at twenty-two. A Foreign Service Officer for fifteen years, he was in the middle of the revolution in Libya and the war in Vietnam. For three years in the mid-seventies, he was a member of NATO's top-secret Nuclear Planning Group, then served as a foreign policy advisor to Senator John Glenn. As an assistant to Ambassador Andrew Young at the United Nations, he was deeply involved in U.S. initiatives in Southern Africa, South Asia and Cuba. By most measures, he was very successful. But something was missing. In 1980, a close brush with death aboard a burning cruise ship in the North Pacific forced him to a deeper search for meaning in his life. Now out of the Foreign Service, he began teaching better ways of handling challenge and conflict. Since 1983 he's been a leader of the Giraffe Heroes Project, an international organization moving people to stick their necks out for the common good. The Project finds ordinary people acting with extraordinary courage on a broad range of important issues-then tells their stories to millions of others through the media, and in schools. Graham is a familiar keynote speaker on themes of leadership, courage, meaning and service. He also leads Giraffe Heroes Project workshops, helping organizations, businesses and individuals handle their challenges more effectively. Graham has done TV and radio all over the world and articles about him have appeared in major magazines and newspapers. He is the author of Outdoor Leadership, It's Up to Us (a mentoring book for teens), and Stick Your Neck Out-A Street-smart Guide to Creating Change in Your Community and Beyond. His memoir, Sit Down Young Stranger, was published in 2008. Graham walks his talk, including today as an international peacemaker, active in the Middle East and Africa. He has a degree in geology from Harvard and one in engineering from Stanford, neither of which he ever expects to use.
or
Not Currently Available for Direct Purchase
Copyright © 2020 American Booksellers Association