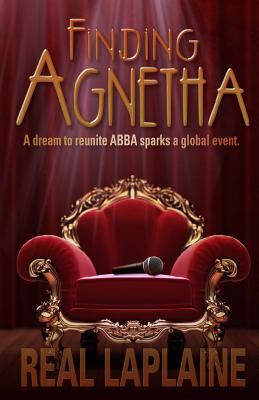 A Dream to Reunite Abba Sparks a Global Event!

In the early 1980s', one of the world's most influential pop-bands ended their tours. ABBA's retirement did not change the fact that their music went on to become timeless, and for Morrie Norris, a 12-year-old boy living in America, ABBA became the inspiration of his life. So much the case that he intended to follow in their footsteps, but not before finding a way to get the band back together for a reunion concert. Of course, no one believed it was possible, now, over thirty years since their retirement, but Morrie was not to be dissuaded in his dream. He runs away from his troubled home in Buffalo, New York, and makes it to Stockholm, Sweden. With police in two countries searching for him, Morrie evades them and touches the lives of several people with his contagious enthusiasm and garners their support, eventually making it to Agnetha Faltskog's home. One step closer to his dream, Morrie must now convince her to bring the band out of retirement, a task easier said than done. As Morrie pursues his mission, the media picks up on the story and fans the flames, feeding the story that an ABBA concert is imminent, and of course, fans from around the globe start to pour into Stockholm. This is a heart-warming story about an impossible dream, but then again, any dream can come true, right? "An absolute must for any ABBA fan, as beguiling as it is well-written, involving one fan's dogged determination to bring to fruition that which will never happen...An ABBA reunion." ..".Finding Agnetha was a simple read that brought a smile to my face and put goosebumps on my arms. A bit unrealistic yes, but this is a book with a message folks....dreams CAN come true.

I write thrillers in geopolitical, crime and sci-fi genres. I invite the reader to step outside the box of mediocrity, to entertain different perspectives, and possibly, even, to challenge the paradigms that have become accepted "norms" in our world.
or
Buy Here
Copyright © 2020 American Booksellers Association