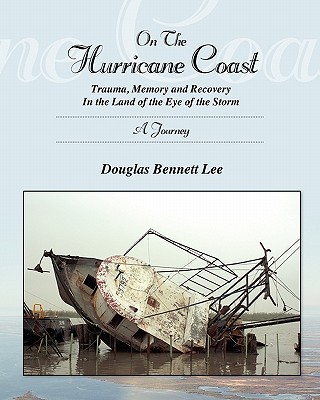 On the Hurricane Coast (Paperback)

Trauma, Memory and Recovery in the Land in the Eye of the Storm: A Journey

'On the Hurricane Coast' chronicles the pre- and post-Katrina travels of writer, filmmaker and photographer Douglas Bennett Lee in Louisiana, Mississippi and Texas, viewed and interpreted through lifelong ties and family roots in the region. After working summers on his family's farm in coastal Mississippi, he returned as a National Geographic staff writer to explore the Central Gulf Coast on in-depth assignments over many years, and brings a unique perspective as both a science and travel writer with a keen ear and eye for tales of human interest. Drawing on his explorations of the Coast's long and colorful history, and reporting on present-day science and politics, he looks into the hard choices required for the survival of New Orleans and fellow communities threatened by the century-long loss of Louisiana's coastal wetlands. He also finds meaningful parallels between personal recovery from alcoholism, and the road ahead for Gulf Coasters in their recovery from natural threats made disastrous by human actions and neglect. Along the way we meet an unforgettable cast of swamp frontiersmen born a century late, fierce urban survivors and embattled environmentalists, all united in one thing: their love for the Coast's indelible cultures and threatened natural inheritance, and dedication to rebuilding the life abundant they once knew there, and loved.

DOUGLAS BENNETT LEE is a writer, filmmaker and photographer with lifelong ties and family roots on the coasts of Louisiana, Mississippi and Texas and a special fondness for New Orleans, and for South Louisiana over its whole fertile 300-mile-long magnificence. His career has taken him to Africa's Kalahari Desert, the Alaskan and Canadian Arctic, Northern Japan, the Alps, the West Indies, and all but two of the 50 States. He served his apprenticeship and early professional years as a captions writer at National Geographic Magazine, soon graduating to articles and editing, and since early in his career he's carried out extensive coverage of the Gulf Coast from the Rio Grande to the Everglades, with special devotion to Louisiana's wetland shore. On one lengthy assignment he based aboard a houseboat for months near the mouths of the Mississippi River in its remote Delta in southeastern Louisiana, then a little-explored kingdom to itself, in 2010 the epicenter of the horrific BP Oil Spill. 'On the Hurricane Coast' chronicles Lee's return to the Central Gulf Coast these many years after his first explorations to report on the transforming aftermath of the merciless train of hurricanes and a record-breaking oil-spill disaster, and to investigate lessons and implications for the future. He braids memoir and history with current issues and events explored and interpreted through both lifelong ties and extensive up-to-date travels, while assessing the likely future of New Orleans and its threatened wetlands. His on-the-scene inquiries bring three decades' familiarity with the coast as both a science and travel writer, among hats he's worn as an intercontinental photojournalist and adventurer, while remembering and reconnecting with things of the spirit that came before. In a search for home and belonging that builds in power and intensity, Lee probes the concepts and practices of recovery, exploring thought-provoking parallels between personal recovery from alcoholism, and the rugged paths that still lie ahead for New Orleans' urban survivors and the swamp frontiersmen born a century late whom we meet on his pilgrimage around this trauma-stricken Hurricane Coast. They're a cast of raging individualists and fierce embattled conservationists not soon forgotten, with whom he shares one thing: a burning commitment to the Gulf Coast's natural heritage and cultures, and to rebuilding the homes and communities back to partake of the life abundant they once knew and loved.
or
Not Currently Available for Direct Purchase
Copyright © 2020 American Booksellers Association