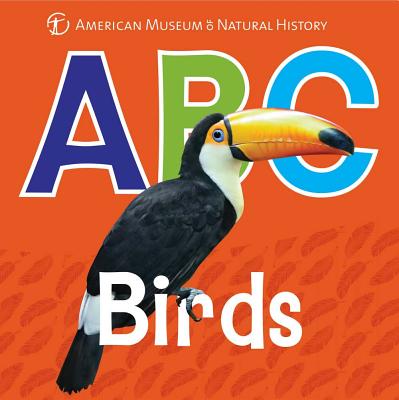 From Albatross to Zebra Finch, this stunning, oversize ABC book, developed in conjunction with the American Museum of Natural History, celebrates some of nature's most amazing creatures Along with extra-large letters and fun facts, bright, detailed photos present 26 beautiful birds whose names each begin with a different letter. Young children will be awestruck as they learn the alphabet and meet cockatoos, flamingos, macaws, and more.

The American Museum of Natural History in New York City is one of the largest and most respected museums in the world. Since the Museum was founded in 1869, its collections have grown to include more than 33 million specimens and artifacts relating to the natural world and human cultures. The Museum showcases its collections in the exhibit halls, and, behind the scenes, more than 200 scientists carry out cutting-edge research. It is also home to the Theodore Roosevelt Memorial, New York State's official memorial to its 33rd governor and the nation's 26th president, and a tribute to Roosevelt's enduring legacy of conservation. Approximately five million people from around the world visit the Museum each year. Plan a trip to the Museum, home of the world's largest collection of dinosaur fossils, or visit online at amnh.org.
Loading...
or
Not Currently Available for Direct Purchase