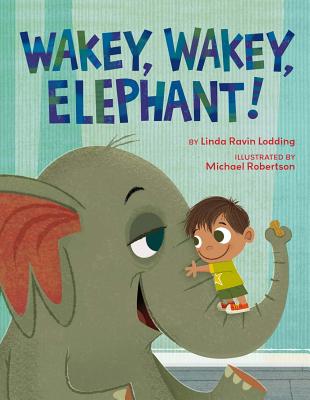 Linda Ravin Lodding is originally from New York, but has spent the past 20 years in Austria, the Netherlands, and now Sweden where she lives with her family in Uppsala. She is the award-winning author of The Busy Life of Ernestine Buckmeister (Flashlight Press, 2011), Hold That Thought, Milton (Dec. 2013; Gullane Children's Books, UK), the recently released Painting Pepette (Little Bee), and A Gift for Mama (May 2014; Gullane Children's Books, UK/Knopf, US), which received a starred Publishers Weekly review, was featured in The New York Times (nytimes.com/slideshow/2014/05/07/books/07childrens-3.html?_r=0), and was named an Amazon Book-of-the-Month. Her children's writing has also appeared in numerous publications. When Linda is not writing or doing school visits, she works as a Head of Communications for a children's rights organization. Visit her at lindalodding.com to learn more. Michael Robertson graduated from Bowling Green State University with a degree in painting. He spent ten years as a toy designer and character developer before trying his hand at illustration. His work has appeared on many children's' products, greeting cards, and magazines, and has been recognized by the Society of Illustrators. He is the illustrator of Monster Trouble by Lane Fredrickson (Sterling). Michael lives in downtown Cleveland, where he enjoys painting, cooking, and listening to his extensive collection of vintage soul, jazz, and Brazilian music. Visit his website: michaelrobertsonillustration.com.
or
Not Currently Available for Direct Purchase
Copyright © 2020 American Booksellers Association