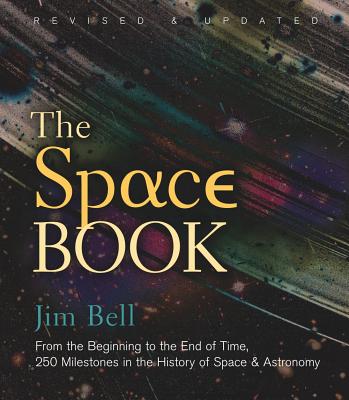 The Space Book Revised and Updated

From the Beginning to the End of Time, 250 Milestones in the History of Space & Astronomy (Sterling Milestones)

A revised and updated edition of the successful book, now featuring the most recent discoveries, technologies, and images. Since the original edition of The Space Book was published in 2013, much has happened in the world of space exploration. This revised and updated edition, with a new introduction from author Jim Bell, brings the popular Milestones book up to date. It includes the most exciting and newsworthy breakthroughs, from the groundbreaking discovery of the Trappist-1 system to the technologies of the future. Take a full-color, chronological tour of the cosmos through completely new entries and spectacular images that cover developments in radio astronomy, NASA's mission to Jupiter, the new Earth-like exoplanets, the world's first interstellar solar sail mission, and more. Many existing entries have been updated with the results of completed and current missions, as well as illuminating recent photography.

Dr. Jim Bell is a professor at Arizona State University and adjunct professor at Cornell University. He received the 2011 Carl Sagan Medal and has appeared on numerous radio and television shows, including the NBC Today Show and PBS NewsHour. He has written six books and been involved in several NASA missions. He lives in Mesa, AZ.
Loading...
or support indie stores by buying on