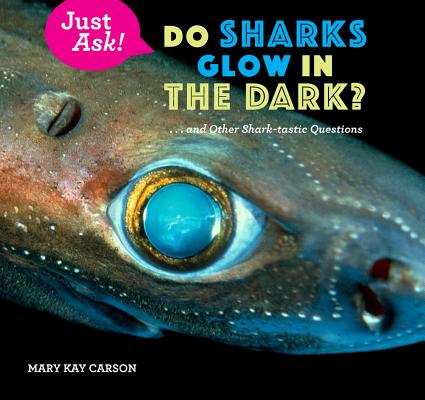 Do Sharks Glow in the Dark?

What's the biggest shark? Do they have bones? Do sharks eat people--and do people eat sharks? This engaging entry in the Animal Facts series answers the basic questions about shark life that children like to ask What do you want to know about shark life? With a fun Q&A format and eye-catching photographs, Do Sharks Glow in the Dark? tells you everything Are sharks fish? Are there any that live in lakes? Did dinosaurs ever battle sharks? Do sharks glow in the dark? And do sharks have skin or scales? This is one book kids will return to again and again.

Mary Kay Carson has written more than 50 nonfiction books for kids, including several titles in Houghton Mifflin Harcourt's award-winning Scientists in the Field series, such as The Park Scientists and The Bat Scientists, an ALA's 2011 Notable Children's Books for Middle Readers. Her book Exploring the Solar System received the 2009 American Institute of Aeronautics and Astronautics Children's Literature Award, and the State Library of Ohio selected Beyond the Solar System as a "Choose to Read Ohio" book for 2015 and 2016. She lives in Cincinnati, OH. Learn more about her at marykaycarson.com and follow her on Twitter @marykaycarson.
Loading...
or
Not Currently Available for Direct Purchase