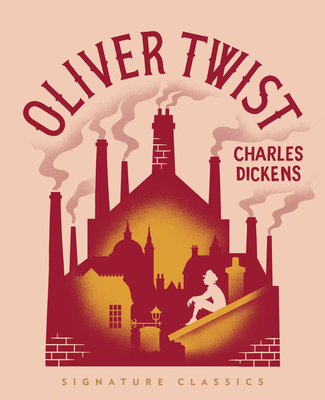 This unsparing tale of a young Victorian orphan is now available in an unabridged hardcover edition that's a perfect gift for today's young readers.
​Oliver Twist, a poor orphan, escapes the miserable workhouse, only to fall into the clutches of a band of pickpockets led by the odious Fagin. Can he remain the pure and good-hearted boy that he is, or will he fall into a life of crime? This gritty portrayal of Victorian London is now available in a collectible hardcover edition, complete with black-and-white interior illustrations that bring the story to life.

Charles Dickens was born on February 7, 1812, in Hampshire, England. The second of eight children, Dickens was pulled out of school at the age of twelve and forced to work at a local factory. In his early twenties he began to publish stories about London life in various periodicals, but it wasn't until the publication of The Pickwick Papers in 1836 that he became well known. Dickens is now considered the most successful British author of the Victorian Age, having written such masterpieces as Great Expectations, A Tale of Two Cities, A Christmas Carol, and Oliver Twist.
Loading...
or support indie stores by buying on