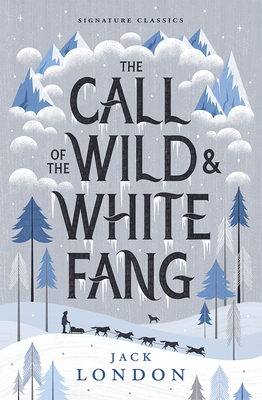 The Call of the Wild and White Fang

Two timeless tales of adventure and survival are now available in an unabridged paperback edition for today's young readers.
In Call of the Wild, a kidnapped dog named Buck tries to survive the Yukon Gold Rush. In White Fang, the titular character attempts to overcome the harshness of humans and the harsh Alaskan environment. Two of Jack London's best-loved masterpieces are available in their entirety in this paperback edition, perfect for young readers' libraries.

Jack London, also known as John Griffith London, was born in San Francisco on January 12, 1876. By the time he was thirty years old, he had already acquired international fame for his novels The Call of the Wild, The Sea-Wolf, and White Fang. Throughout the course of his career, London wrote more than fifty novels, short stories, plays, and political essays. He was among the first writers to work with the movie industry, and The Sea-Wolf was the basis for the first full-length American movie. London died in 1916.
Loading...
or support indie stores by buying on