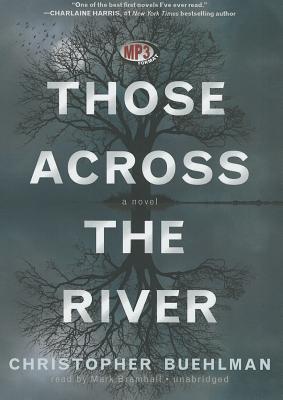 Failed academic Frank Nichols and his "wife," Eudora, have arrived in the sleepy Georgia town of Whitbrow, where Frank hopes to write a history of his family's old estate, the Savoyard Plantation, and the horrors that occurred there. An aunt Frank never knew bequeathed him a modest homestead, so he and Eudora take the opportunity to break ties with the past. But in a letter delivered after her death, his aunt warned Frank not to live in the house--a warning Frank ignores. At first the quaint, rural ways of their new neighbors seem to be everything they wanted. But there is an unspoken dread that the townsfolk have lived with for generations. A presence that demands sacrifice. It comes from the shadowy woods across the river, where the ruins of Savoyard still stand, where a longstanding debt of blood has never been forgotten--a debt that has been waiting patiently for Frank Nichols' homecoming. As tensions mount, listeners will find themselves on the edge of their seats anticipating the spine-tingling conclusion to this stunning novel. Buehlman is the most original voice in horror since Stephen King.