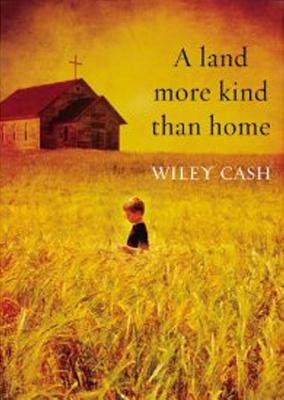 Deep in the heart of western North Carolina lies Marshall, a quiet mountain town where people believe in protecting their own--especially if they harbor secrets. For the town's modest folk, that's the way it's always been--a belief instilled in them for generations. For a curious boy like Jess Hall, it means trouble, especially when his older brother, Christopher, a mute autistic boy everyone calls Stump, can't help sneaking a look at something he isn't supposed to--an act that causes catastrophic repercussions and thrusts Jess into an adulthood for which he's unprepared. Confronted with a stunned community, a family in pain, and witnesses who will not talk, Sheriff Clem Barefield turns to church matriarch Adelaide Lyle, whose role as the town's moral center makes her predictions of a violent reckoning to come all but unavoidable. As the lynchpin for this violence, Jess is set adrift in a world in which the truth is hidden from children, even if they know things adults do not. A Land More Kind Than Home is a literary thriller packed with stories and characters connected by faith, infidelity, addiction, and a sense of hope that is as tragic as it is unforgettable.