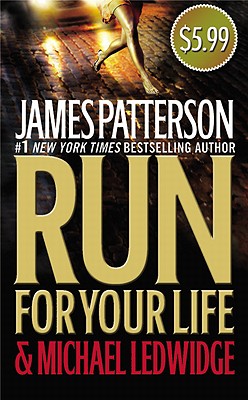 Only one man in the NYPD can tackle this high-profile case: Detective Michael Bennett. A calculating murderer called the Teacher is terrorizing New York City's powerful, arrogant elite. Rich people must mind their manners . . . or die. For anyone else, the pressure would be overwhelming, but Mike is ready. Taking care of his ten children has prepared him for the job! With his hands already full-his kids have all caught a virulent flu-he must now track down the killer. As a secret pattern emerges in the Teacher's lessons, Detective Bennett has just a few precious hours to save New York from the greatest disaster in its history.

James Patterson has had more "New York Times" bestsellers than any other writer, ever, according to "Guinness World Records." Since his first novel won the Edgar Award in 1976, James Patterson's books have sold more than 205 million copies. He is the author of the Alex Cross novels, the most popular detective series of the past twenty-five years, including "Kiss the Girls "and "Along Came a Spider." Mr. Patterson also writes the bestselling Women's Murder Club novels, set in San Francisco, and the top-selling New York detective series of all time, featuring Detective Michael Bennett. He writes full-time and lives in Florida with his family.

Michael Ledwidge is the author of The Narrowback, Bad Connection, and most recently, the coauthor, with James Patterson, of The Quickie and Step on a Crack.

Praise For Run for Your Life…

"Thrilling . . . white-knuckle suspense . . . a standout crime thriller that no Patterson or adrenaline junkie should miss."
-NightsandWeekends.com

"Brilliant . . . Patterson knows how to keep you turning pages . . . perfect for an afternoon at the beach or that subway ride to work."
-Examiner.com

"Brilliant. It feels just like you're reading a Bruce Willis film-switch off [your] brain, and turn on the entertainment."
-News of the World (UK)

"Its breakneck pace leaves you gasping for breath. Packed with typical Patterson panache . . . It won't disappoint his millions of fans for a single moment."
-Daily Mail (UK)