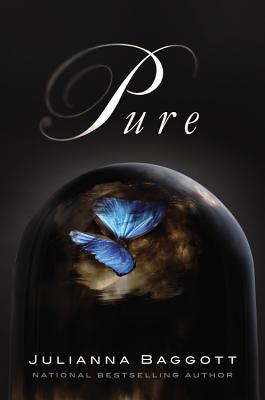 "PURE is a dark adventure that is both startling and addictive at once. Pressia Belze is one part manga heroine and one part post-apocalyptic Alice, stranded in a surreal Wonderland where everyone and everything resonates with what has been lost. Breathtaking and frightening. I couldn't stop reading PURE."—Danielle Trussoni, bestselling author of Angelology

"From the first page on, there are no brakes on this book. It's nearly impossible to stop reading as Baggott delves fearlessly into a grotesque and fascinating future populated by strangely endearing victims (and perpetrators) of a wholly unique apocalypse. And trust me, PURE packs one hell of an apocalypse."—Daniel H. Wilson, New York Times bestselling author of Robopocalypse

"A boiling and roiling glorious mosh-pit of a book, full of wonderful weirdness, tenderness, and wild suspense. If Katniss could jump out of her own book and pick a great friend, I think she'd find an excellent candidate in Pressia."
—Aimee Bender, author of The Particular Sadness of Lemon Cake

Julianna Baggott is the author of numerous novels, including Pure, which was a New York Times Notable Book in 2012. Her poems have been reprinted in Best American Poetry, and her essays have appeared in the New York Times Book Review, the Washington Post, the Boston Globe, and on NPR's All Things Considered. She teaches at the College of the Holy Cross and in Florida State University's College of Motion Picture Arts.