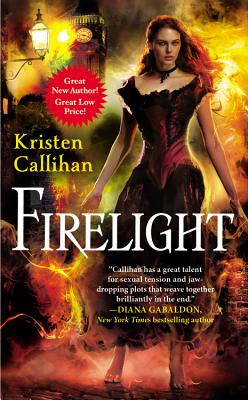 Miranda Ellis is a woman tormented. Plagued since birth by a strange and powerful gift, she has spent her entire life struggling to control her exceptional abilities. Yet one innocent but irreversible mistake has left her family's fortune decimated and forced her to wed London's most nefarious nobleman.
They will burn for eternity . . .

Lord Benjamin Archer is no ordinary man. Doomed to hide his disfigured face behind masks, Archer knows it's selfish to take Miranda as his bride. Yet he can't help being drawn to the flame-haired beauty whose touch sparks a passion he hasn't felt in a lifetime. When Archer is accused of a series of gruesome murders, he gives in to the beastly nature he has fought so hard to hide from the world. But the curse that haunts him cannot be denied. Now, to save his soul, Miranda will enter a world of dark magic and darker intrigue. For only she can see the man hiding behind the mask.

"Beauty and the Beast meets Phantom of the Opera (with hints of Carrie and an abundance of Egyptian mythology) in this gripping, intoxicating story, simmering with incendiary sensuality and featuring a heroine who risks all to save the man she loves. An exceptional debut and the first of what promises to be a compelling series."—Library Journal, starred review

"Top Pick! 4 1/2 Stars! Like moths to a flame, readers will be drawn to the flickering Firelight and get entangled in the first of the Dark London series. Combining Stephen King's Carrie and Beauty and the Beast, Callihan crafts a taut tale filled with sexual tension. This is one of the finest debuts of the season."—RT Book Reviews

"All this reviewer can say is WOW! The sexual tension and story suspense is so thick, it becomes tangible like the very fog of Victorian London..."—TheRomanceReadersConnection.com

"A debut novel that will knock your socks off. Excellent secondary characters and an amazing premise make FIRELIGHT a rare Perfect 10 for a debut novel."—RomRevToday.com

"Inventive and adventurous with complex, witty characters and snappy writing. Callihan will make you believe in the power of destiny and true love."—Shana Abé, New York Times bestselling author of The Time Weaver

"A sexy, resplendent debut with a deliciously tortured hero, an inventive supernatural mystery, and slow-building heat that simmers on each page. I can't wait to see what Kristen Callihan comes up with next!"—Meljean Brook, New York Times bestselling author of The Iron Duke

"A compelling and emotional pageturner that will have readers burning the midnight oil."—Anna Campbell, award-winning author of Midnight's Wild Passion

USA Today bestselling author Kristen Callihan is a writer because there is nothing else she'd rather be. She is a three-time RITA nominee and winner of two RT Reviewers' Choice awards. Her novels have garnered starred reviews from Publishers Weekly and Library Journal, as well as being awarded top picks by many reviewers. Her debut book, Firelight, received RT Book Reviews' Seal of Excellence, was named a best book of the year by Library Journal, best book of Spring 2012 by Publishers Weekly, and was named the best romance book of 2012 by ALA RUSA. When she is not writing, she is reading.
Loading...
or support indie stores by buying on
(This book is on backorder)