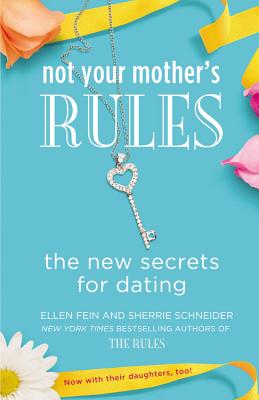 Not Your Mother's Rules

The New Secrets for Dating (The Rules)

The authors behind the ubiquitous dating bible that launched a worldwide movement are back, accompanied by their daughters, with brand new advice updated for the modern era.
How long should I wait to respond to his text message? Can I friend him on Facebook? Why did he ask for my number but never call me?

When The Rules was published in 1995, its message was straightforward: be mysterious. But for women looking for love today, it's not quite so simple. In a world of instant messaging, location check-ins, and status updates, where hook-ups have become the norm and formal one-on-one dates seem a thing of the past, it's difficult to retain the air of mystery that keeps men interested.

Now, with help from their daughters, the original Rules Girls Ellen Fein and Sherrie Schneider share their thoroughly modern, fresh take on dating that will help women in today's information age create the happy love lives they want and deserve. Whether you're a 20-something dating for the first time, a 30-something tired of being single, a 40-something giving advice to your daughter, or a 50-something getting back in the dating game, this book has the answers you've been waiting for. The Rules include:


Providing the dos and don'ts you need to stop making mistakes and start finding romance, Not Your Mother's Rules will revolutionize dating today just as The Rules did nearly 20 years ago!

Praise For Not Your Mother's Rules: The New Secrets for Dating (The Rules)…

"The Rules isn't just a book. It's a movement, honey." --Oprah Winfrey

"Even supermodels have to play hard to get... because it works. Not Your Mother's Rules is a smart look at how dating has changed--the Rules still hold true as ever!" --Cheryl Tiegs

Ellein Fein and Sherrie Schneider are the authors of The Rules, The Rules II, The Rules for Marriage, and The Rules for Online Dating. They run a dating and relationship consultation service as well.
Loading...
or
Not Currently Available for Direct Purchase