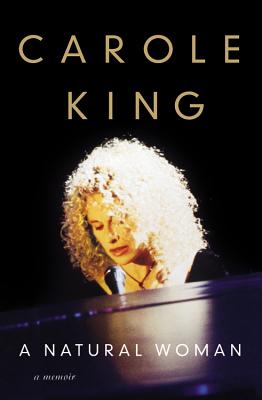 Carole King takes us from her early beginnings in Brooklyn, to her remarkable success as one of the world's most acclaimed songwriting and performing talents of all time. A Natural Woman chronicles King's extraordinary life, drawing readers into her musical world, including her phenomenally successful #1 album Tapestry, and into her journey as a performer, mother, wife and present-day activist. Deeply personal, King's long-awaited memoir offers readers a front-row seat to the woman behind the legend.

The book will include dozens of photos from King's childhood, her own family, and behind-the-scenes images from her performances.

Carole King had her first No. 1 hit in 1961, at age 18, with "Will You Love Me Tomorrow". Collaborating with former husband Gerry Goffin, the team went on to write more than two dozen chart-toppers, including "One Fine Day", "The Loco-Motion", "Will You Love Me Tomorrow", and "(You Me Me Feel Like A) Natural Woman." Her 1971 solo-album, Tapesty, won 4 Grammys, and earned her the record for longest time an album by a female artist has remained on the Billboard Charts (6 years), as well as the longest time holding the #1 position (15 consecutive weeks).

King, in addition to writing more than 100 top-selling songs has recorded 25 solo albums. In 2007 she and longtime collaborator James Taylor reunited and recorded Live at the Troubadour. Released in 2010 the album debuted at number 4 on the Billboard Hot 100 and The Troubadour Reunion Tour became the second highest grossing Tour of that year. She has won numerous lifetime achievement honors and has been inducted into the Songwriters Hall of Fame, "Hit Parade" Hall of Fame, and Rock and Roll Hall of Fame.

Carole King continues to entertain audiences the world over. She released her most recent album in December, 2011, Carole King: A Holiday Carole, to rave reviews.
Loading...
or
Not Currently Available for Direct Purchase