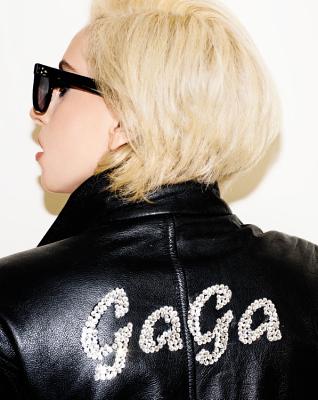 In this book of original, behind-the-scenes photographs, acclaimed photographer Terry Richardson follows superstar Lady Gaga during one year of her life, from Lollapalooza through the final show of her Monster Ball tour. During the time period he followed Gaga, Richardson took over 100,000 images and attended more than 30 Monster Ball dates around the world. From the 2010 MTV Video Music Awards to the Don't Ask, Don't Tell repeal rally in Portland, Maine, to the Thierry Mugler show at Maxime, Paris, Richardson captures Lady Gaga as you've never seen her before. A year-long global odyssey- -all access, nothing off limits--this is the book Lady Gaga fans have been waiting for.

Lady Gaga came to prominence following the release of her debut studio album The Fame (2008), which included the hits "Just Dance," "Poker Face," and "Bad Romance." She is well-recognized for her outré sense of style as a recording artist, in fashion, in performance and in her music videos. Her contributions to the music industry have garnered her numerous achievements including five Grammy Awards amongst twelve nominations, two Guinness World Records and the estimated sale of 20 million albums and 64 million singles worldwide. Billboard named her both the "2010 Artist of the Year" and the top selling artist of 2010 ranking her as the 73rd Artist of the 2000s decade. Gaga was named Forbes' Most Powerful Woman in the World 2011 and was included in Time's annual "The 2010 Time 100" list of the most influential people in the world.

Terry Richardson is one of the most prolific and compelling photographers of his generation. Known for his uncanny ability to cut to the raw essence of whomever appears before his lens, Mr. Richardson's vision is at once humorous, tragic, beautiful, and provocative. Richardson's editorial work has appeared in magazines such as French Vogue, British Vogue, GQ, and Harper's Bazaar. Richardson's work has been the subject of numerous group and one man shows throughout the world.
or
Not Currently Available for Direct Purchase
Copyright © 2020 American Booksellers Association