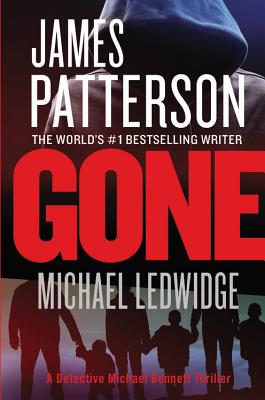 A crime lord has declared war on America. Only Detective Michael Bennett knows why.
Manuel Perrine doesn't fear anyone or anything. A charismatic, ruthless strongman, he slaughters rivals as effortlessly as he wears his trademark white linen suits. Detective Michael Bennett is the only U.S. official ever to succeed in putting Perrine behind bars. But now Perrine is out-and vows to find and kill Bennett and everyone dear to him.
Bennett and his ten adopted children are living on a secluded California farm, guarded by the FBI's witness protection program. Soon Perrine begins a campaign of assassinations, brazenly slaughtering powerful individuals across the country. The FBI has no clue where Perrine is hiding or how he is orchestrating his attacks, forcing Bennett to risk it all: his career, his family, and even his life.
With intensity, speed, and explosive action rivaling James Bond movies at their best-and featuring one of the most complex and chilling villains ever created-Gone is James Patterson at his astounding best.

"Totally gripping and downright impossible to put down."—Booklist on Step On A Crack

"Its breakneck pace leaves you gasping for breath. Packed with typical Patterson panache."—Daily Mail (UK) on Run For Your Life
or
Not Currently Available for Direct Purchase
Copyright © 2020 American Booksellers Association