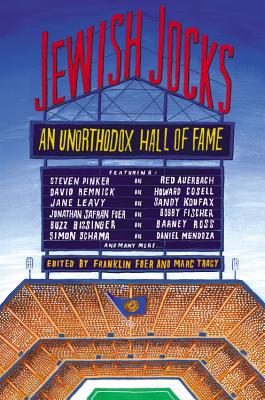 "Jewish Jocks' ends up convincing you of its theme: The history of Jews in sports is, in important ways, the history of sports."—Will Leitch, Wall Street Journal

"A must for the bookshelf of any Jewish sports fan."— Kirkus Reviews

"Belies the cheap punch line [to] prove that the Jewish sporting tradition is as rich as it is varied. Jewish Jocks features notable writers in peak form."—Sports Illustrated

"A skillful collection... through its sheer comprehensiveness, JEWISH JOCKS also makes the argument that the Jewish athlete isn't an anomaly."—Los Angeles Times